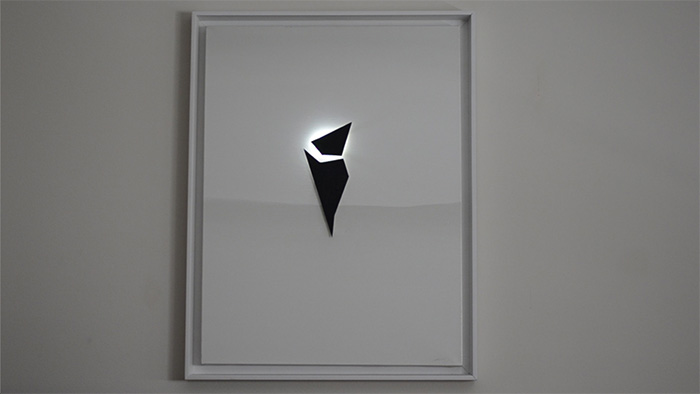 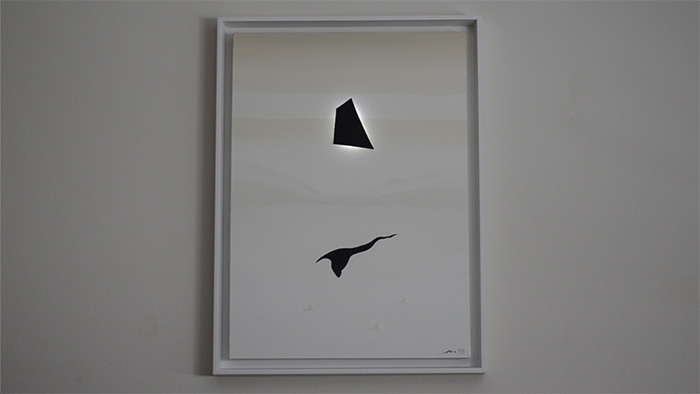 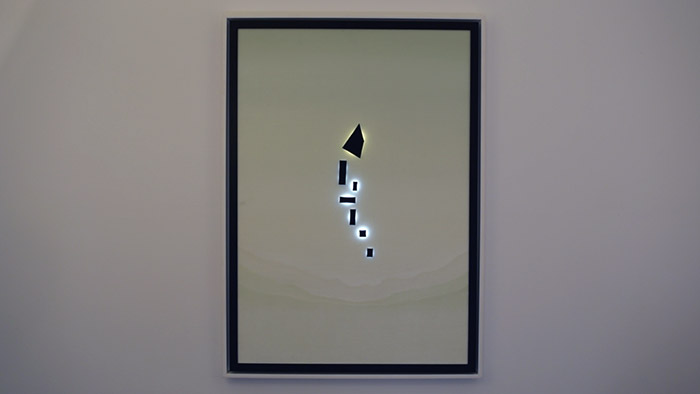 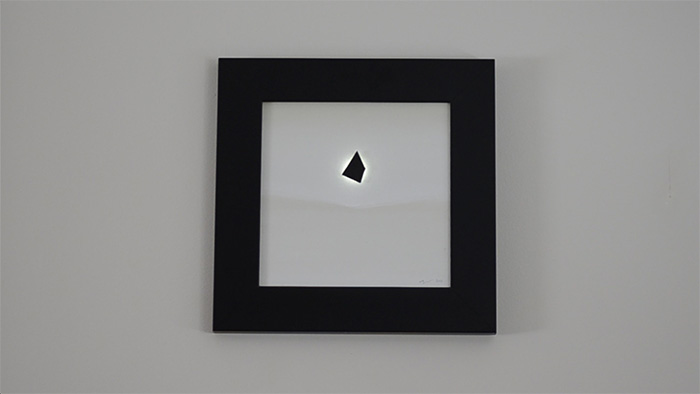 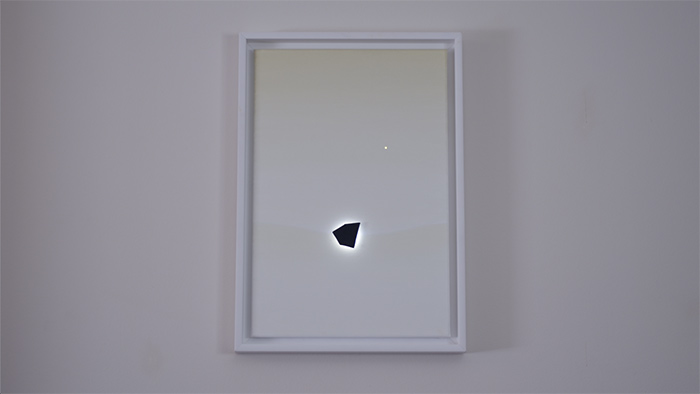 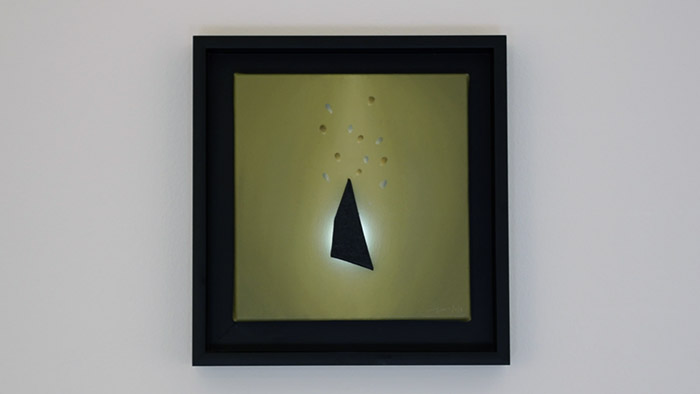 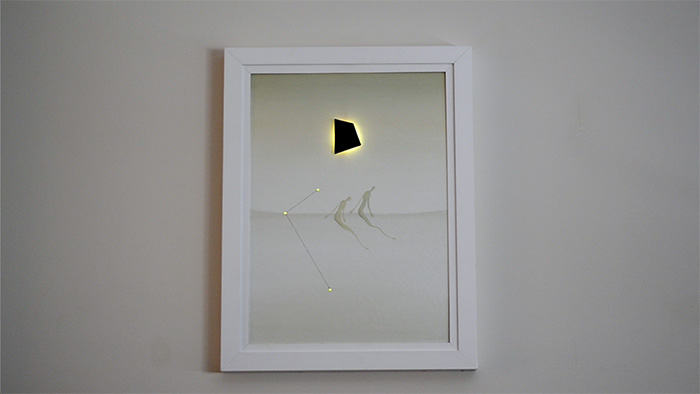 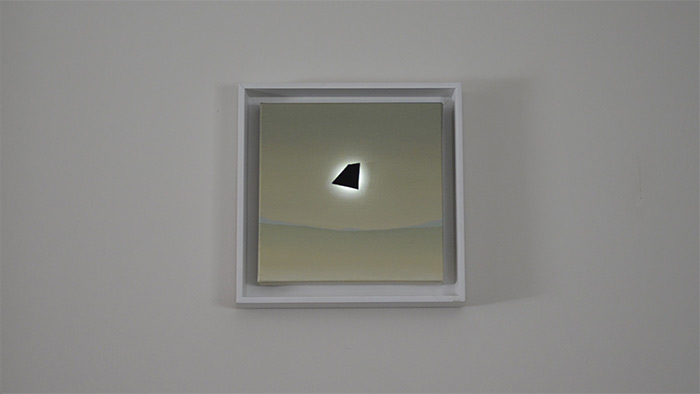 “In the world full of noise, dictates and destruction of clear perception, my new work delivers clarity, focus and richness of the elementary nature. The clarity which doesn’t take part here, but there; in serenity of the elemental realm where everything is simple, clear and beautiful.” 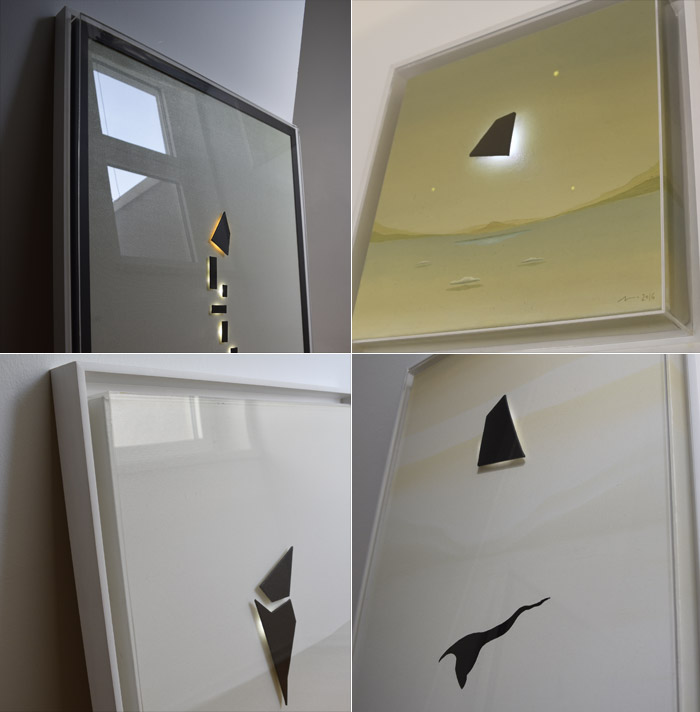 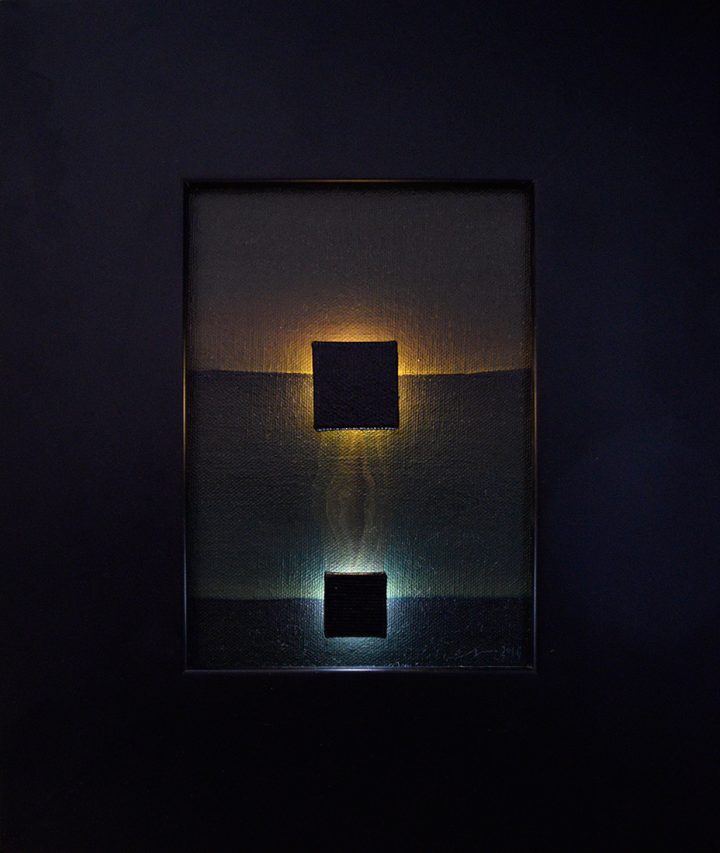 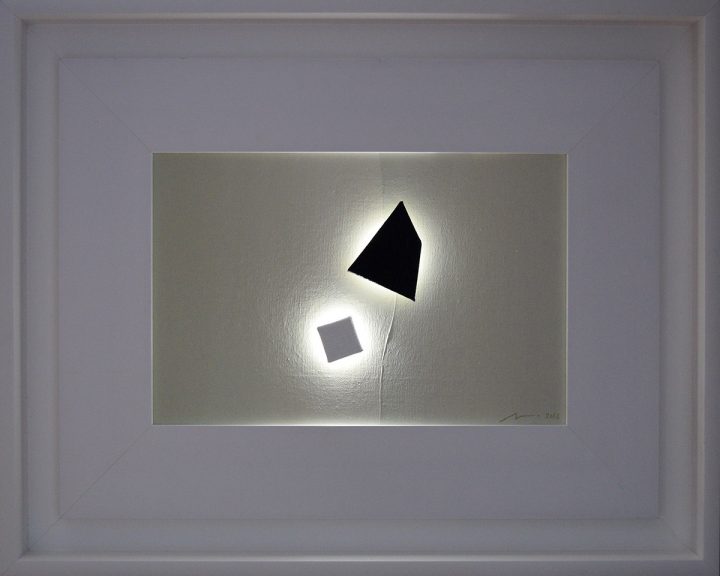 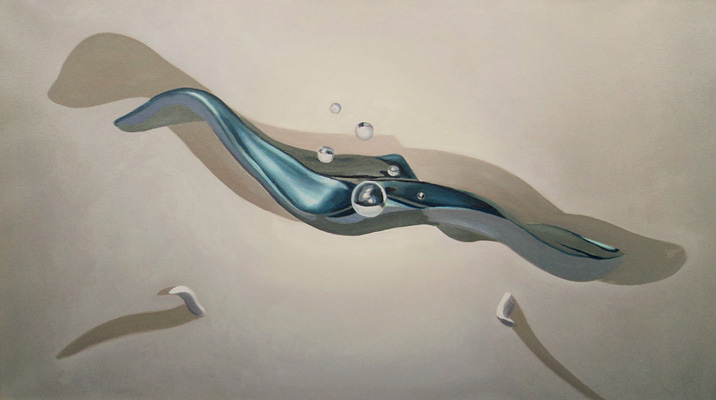 Jaguar 1 – The Mirage of Existence 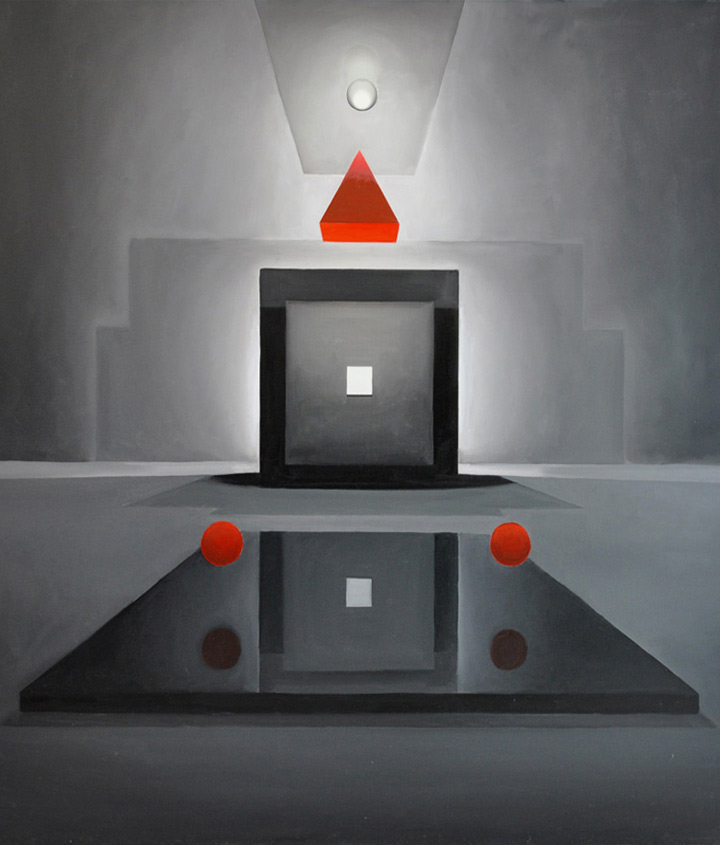 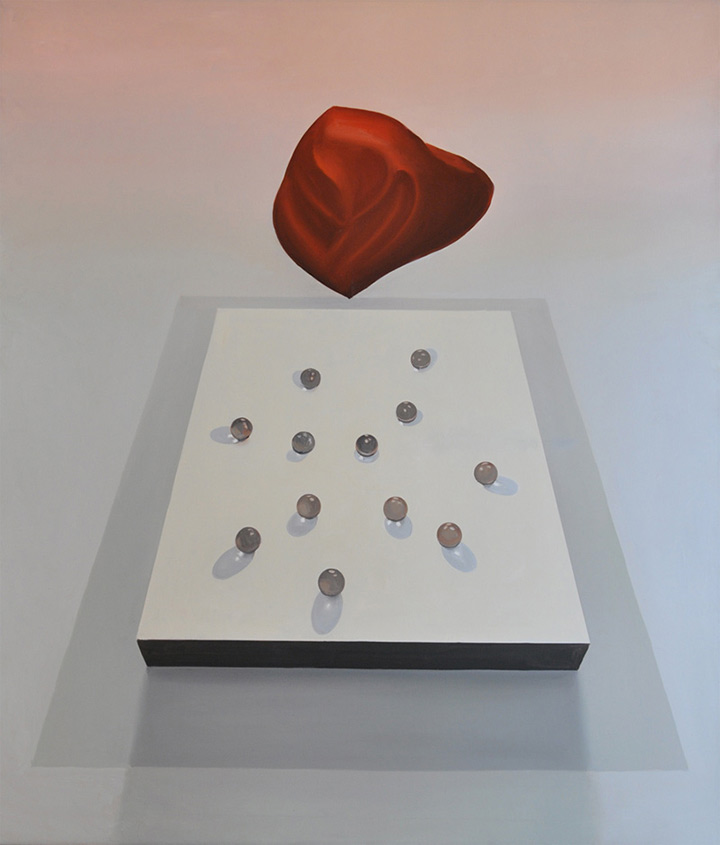 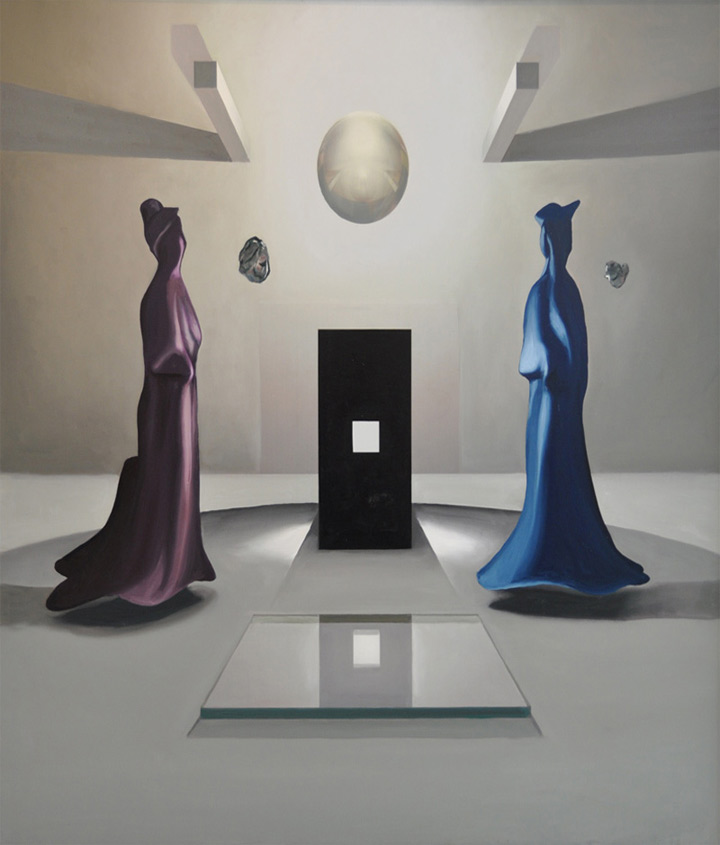 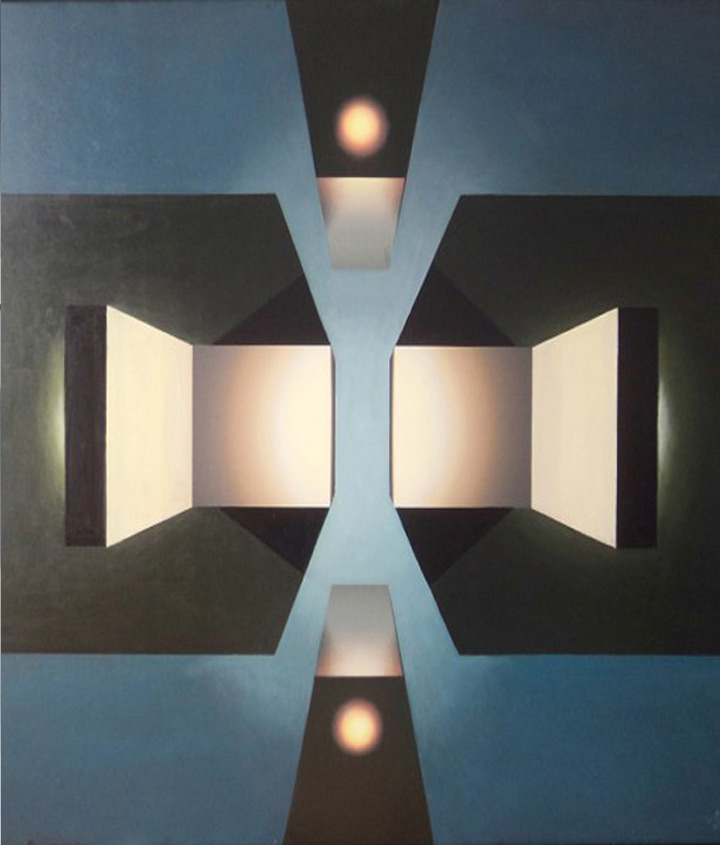 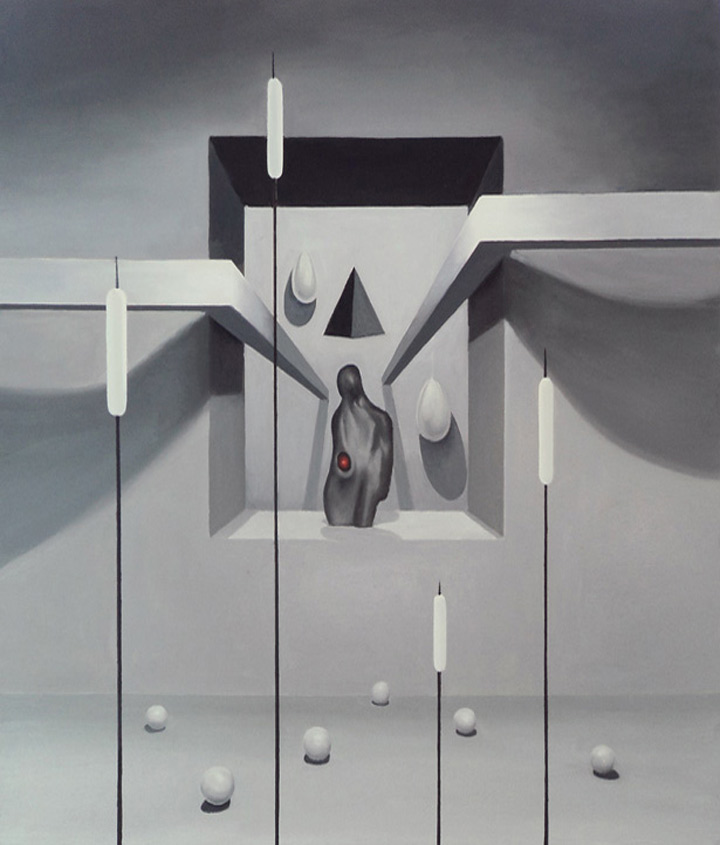 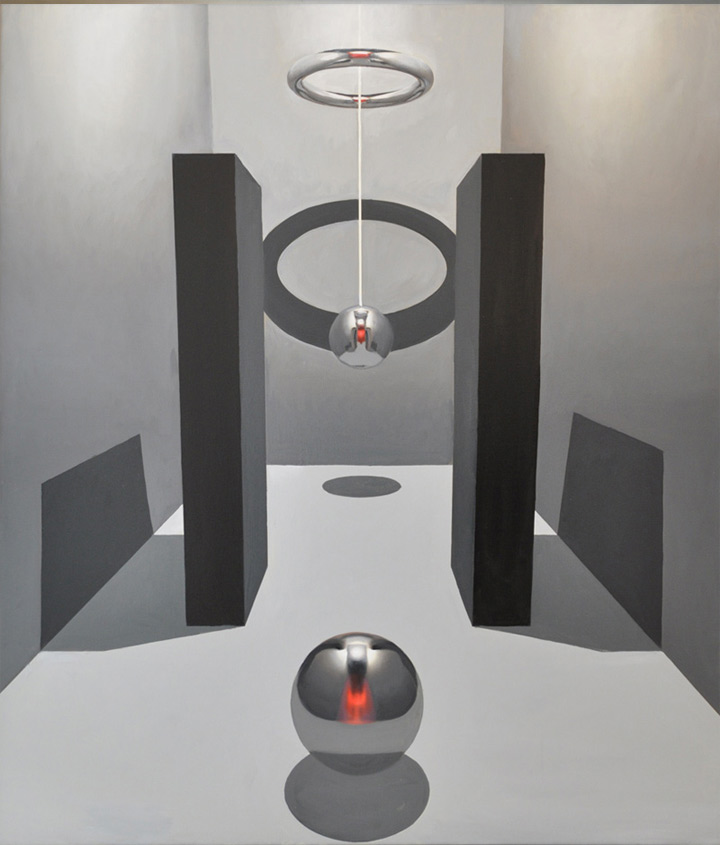 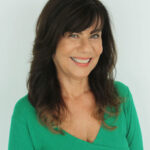 An expert in behavioral studies, marriage, sexuality, the body and aging, anthropologist Mirian Goldenberg is a professor at Rio de Janeiro Federal University, with a PhD in Social Anthropology. She has been a columnist for the Folha de S. Paulo since 2010, and her articles are among those most widely read in the daily newspaper.

Author of 30 successful books – among them the bestsellers A OUTRA (THE OTHER) and A BELA VELHICE (THE BEAUTY OF AGING) – and a constant presence on major TV and radio programs, Mirian is one of the most successful Brazilian TEDx speakers.

Mirian: Please tell me what is the meaning of Secret Altar?

Vicenzo: The altar is a powerful symbol and powerful mechanism. It is a concentrated polygon for broadcasting, receiving, worship, manipulation, sacrifice, and acceptance. It is anything which we put our life onto, in the end, we will stop being alive, the altar will be there, operating for others. It is “out there”, inscribed in our “akashic records” We all have our secret Altar. Once discovered and being aware of its presence you will always remember it. It is like your first laugh or your first tears.

Mirian: I can’t forget my first love and my first pain. They are inscribed on my body like with fire and sword. It is not a memory that I can describe. I try to be rational but my tears always remind me that I have the same body.

Vicenzo: First tears are a unique reaction of the signature which persists in your being, in your memory, so you have the reaction of tears as a reminder.

Vicenzo: My tears used to dry up in the action. Probably to focus on something which won’t produce tears. That is my code, as you have your own code, as other people have their own codes, their predeterminations, their own choices, their signatures. Not all people are equally capable or equally satisfied.

Mirian: I think we have to see the difference between tears and words as signatures.

Mirian: Action is the result of your choice. Most people don’t think about it. They are very lazy to think, to feel. It is cowardice.

Vicenzo: Yes, it is their choice as well.

Mirian: They can’t face their choices.

Vicenzo: But all these things just ARE. It is just how it is supposed to be. The world is perfect, it will always balance, the whole universe is in balance or trying to balance itself, everything is striving for balance. Action and reaction are because of balance. There are no anomalies – except when a transition occurs, as the scientists are puzzled by those transitions. As an example – medicine could say: you have a few months to live, death is imminent. Then something happens, and that “fact” is no longer valid. Their subject lives for 30 more years and they are baffled. It happens all the time. It is that energy that I am talking about, what I paint, it is that powerful contemplation of the divine, the power of other reality which we sometimes don’t see.

Mirian: And we too are in balance. When we face our lives and our deep meaning in this short life, our lives are perfect too. 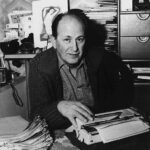 Depolo has written numerous screenplays for documentaries about famous visual artists. In the extraordinarily rich chronicle that he has so consistently led for more than half a century, there is almost no artist about whom he has not left a note, record or critique. His criticisms were frequent on art magazines, radio and television. Josip Depolo is the author of more than twenty monographs, as well as a researcher of movements and directions in the art of the 20th century – group Zemlja, New Tendencies, EXAT 51, figuration in Croatian art, etc.

Josip Depolo left his mark on art criticism of the second half of the 20th century.

Already at the beginning of his painting, despite of the “requests” of his generation, Vicenzo stepped into hermit world of solitudes and silences.  Wonderful and secretive world which found itself “out” of the generation’s treks.  I would say that this is a surprising decision for a painter in his age of life, a bold decision and in conflict with our neuralgic painter’s moment in which not an insignificant number of painters, especially of his generation, is trying to dig out of the ruins of avantgarde.

This really surprising Vicenzo’s decision leaves primarily wont of the answer to this question: is his painting an escape from reality, from generation codex, or does it come from a profound need for a world which greatly differs from the one we have, dramatical, conflicted, with the millstone of hopelessness around its throat?  I think that answers should not be sought in extremities, in possibility of their unambiguity.  The only point which ought to be “clear” in this answer is Vicenzo’s need for a different, altered world in which a warrior can seek his repose and place for thinking, of course, under a persistent supposition that the warrior will never be liberated from his warrior’s nature and the disturbances which originate in it.

It is obvious that Vicenzo is on the track of other disturbances and that his “hermitical” choice is only an illusion.  Silences of his world are so loud that they can wake the sleeper in the deepest sleep.

In this Vicenzo’s hermitic world there is no peace. just like there wasn’t any peace on the altar covers representing holy hermits.  In these Vicenzo’s silences, that horrifying, mute Munchian cry resounds, these desolate landscapes without flora are actually protests against false luxury, that insinuating “consumer’s passion” by which greedy gallery owners have infected our world.  For a primeval creator there is no escape from the world of our humanity, for him the only open question can be towards which of the worlds of our humanity one has to go, in which one should find one’s domicile.

In his painting Vicenzo stayed “at the side”, of course illusionary, at the cross-roads of human loneliness and silences he went in search of the space built after a measure of man, simply freed of the noise of commercial rage of “gallery marketplaces” and publicity challenges of the “new taste”.

In this Vicenzo’s loneliness,the world is thought of in another way,different from the usual thinking of the world of superb possibilities at the highest civilisation point in history.

It is an agreement with the world of reality of the human dreams, the composed, internal, oldest dialogue which is led between the earth and the heaven from the beginning of the world.  For ears, damaged by the civilization noise of our world, this and exactly this kind of dialogue is perhaps even noiseless, led by an incomprehensible language of those who built the tower of Bable of avant-garde, but still it is located on the wavelength of human nature, of all those man’s questions which can’t and won’t be silenced by any of so-called historical dictates and postulates of the “new” art, which will not render worthless following of the trends, neither today nor tomorrow.  Is it possible, and does he have the right if so, for the painter in this dramatical moment to withdraw himself in solitude like a hermit, to retreat in silence?  Why should that be a “treason” of human reality?  The painter who submits to his own temper, and directs the responsibility of his talent against reality (any reality), will never find himself out of the reality of the world and its humanity.  We have even too many proofs that there is more than one reality, and that all of the realities of our world can be mollified, and that between them there can be a dialogue established only by tolerance, by strong decision that they be accepted as our common human reality.

Throughout the centuries, the hermits have not retreated to ascetical isolation because they wanted to be lonely, the world is never as near to the man as in the moments of loneliness and contemplation on it, the fate of the world can be solved in a contemplative consolidation and undisturbed concentration on human problems.

Vicenzo unambiguously warns that he plans to follow his solitary path, off the itineraries of generations and trends.  I think that this young painter is in an obvious generation advantage with his maturity, his personality, his way of thinking unaffected by trends, with all the obvious differences and disagreements with the pressures of clans.  New world is not built on the single-mindedness of the trend, but on differences, on confrontation with habits, fashions, established and accepted habits (very often under the appearance of “revolution”), in short, it is not built on what is en vogue , at the surface of the taste, fashion requirements and generally accepted rules.  Vicenzo’s world can be a certain step to the future. 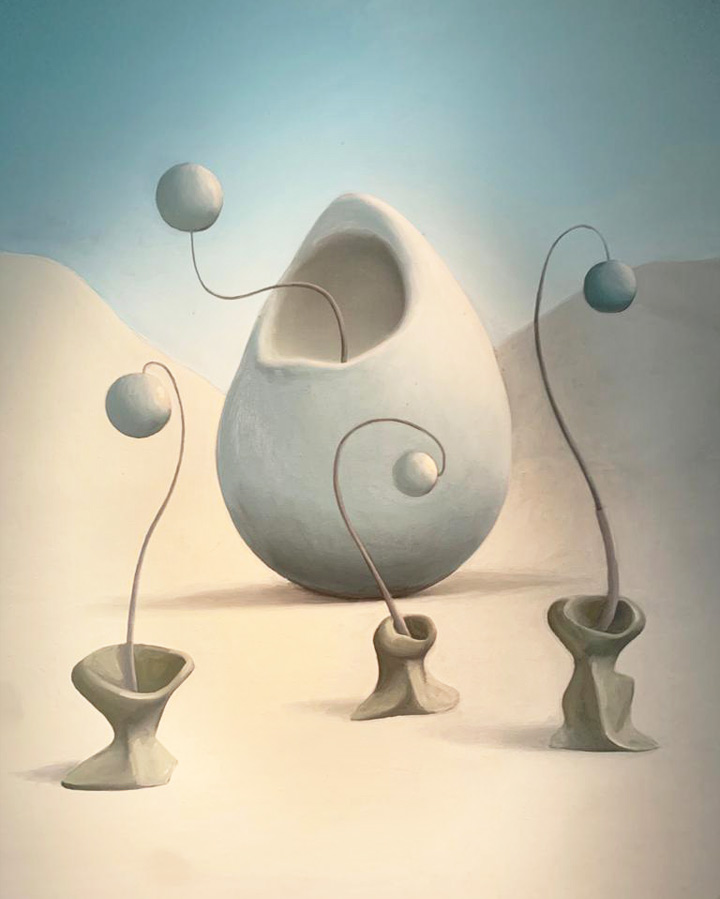 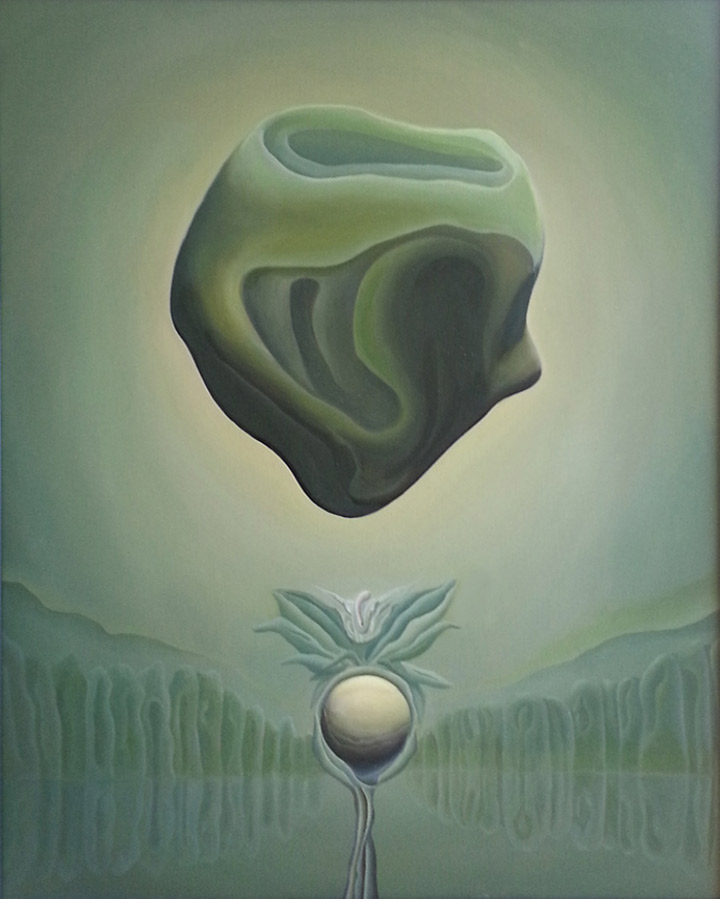